You Are Here:
Home →
Health Topics →
Opioid Misuse and Addiction
URL of this page: https://medlineplus.gov/opioidmisuseandaddiction.html

Also called: Opioid Abuse and Addiction, Opioid Use Disorder
On this page

Opioids, sometimes called narcotics, are a type of drug. They include strong prescription pain relievers, such as oxycodone, hydrocodone, fentanyl, and tramadol. The illegal drug heroin is also an opioid. Some opioids are made from the opium plant, and others are synthetic (man-made).

A doctor may give you a prescription opioid to reduce pain after you have had a major injury or surgery. You may get them if you have severe pain from health conditions like cancer. Some doctors prescribe them for chronic pain.

Opioids can cause side effects such as drowsiness, mental fog, nausea, and constipation. They may also cause slowed breathing, which can lead to overdose deaths. If someone has signs of an overdose, call 911:

Other risks of using prescription opioids include dependence and addiction. Dependence means feeling withdrawal symptoms when not taking the drug. Addiction is a chronic brain disease that causes a person to compulsively seek out drugs, even though they cause harm. The risks of dependence and addiction are higher if you misuse the medicines. Misuse can include taking too much medicine, taking someone else's medicine, taking it in a different way than you are supposed to, or taking the medicine to get high.

Opioid misuse, addiction, and overdoses are serious public health problems in the United States. Another problem is that more women are misusing opioids during pregnancy. This can lead to babies being addicted and going through withdrawal, known as neonatal abstinence syndrome (NAS). Opioid misuse may sometimes also lead to heroin use, because some people switch from prescription opioids to heroin.

The main treatment for prescription opioid addiction is medication-assisted treatment (MAT). It includes medicines, counseling, and support from family and friends. MAT can help you stop using the drug, get through withdrawal, and cope with cravings. There is also a medicine called naloxone which can reverse the effects of an opioid overdose and prevent death, if it is given in time.

To prevent problems with prescription opioids, be sure to follow your doctor's instructions when taking them. Do not share your medicines with anyone else. Contact your doctor if you have any concerns about taking the medicines. 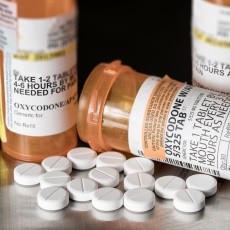